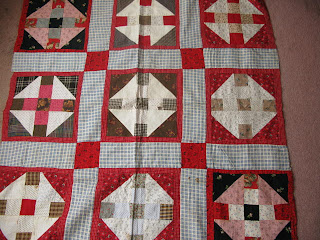 A small American quilt top bought from an eBay seller.
I`m not sure if this is an unfinished piece or not. It is quite small, one of the smallest I own and doesn`t appear to have been cut down. It measures slightly over three foot square which would seem an awkward shape for a finished quilt so perhaps its maker never got around to finishing it. 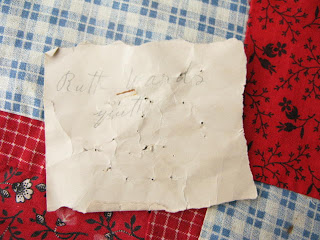 It is the only quilt I have that came with documentary evidence. This small scrap of paper was pinned to it. It reads  'Ruth Wards quilt'  and judging from the number of old pin holes it was attatched to this top several times. 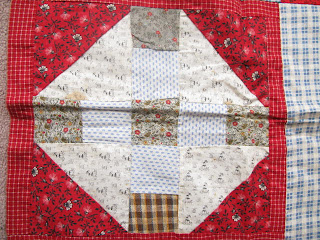 I think that it dates from the first years of the twentieth century from the overall look. The combination of taupes and shirting cottons contrast beautifully with the deep reds used. I have a bit of a weakness for reds in quilts. 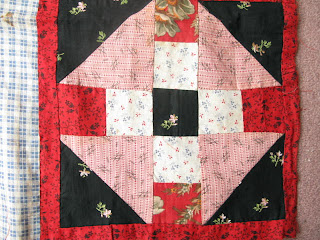 This block in particular is very bold. I like the way the quilter has used thin red borders to outline each block. 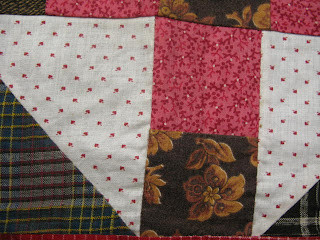 Some double pink fabric with some cotton printed with a tiny red leaf. 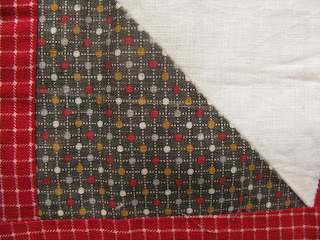 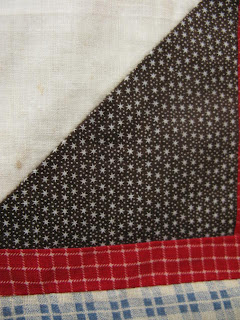 And in the opposing triangle we have this lovely star pattern. 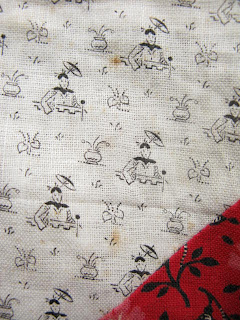 An interesting Japanese influence here. There was a huge interest in Japanese culture in the late 1880`s due in part to Gilbert and Sullivan`s operetta 'The Mikado' and also an exhibition of a Japanese Village in Knightsbridge London which ran for two years from 1885. This piece of fabric may date from the late nineteenth century. 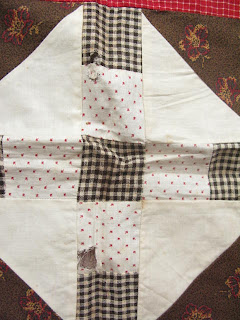 There is some minor damage which needs a bit of stabilising but overall it is a lovely piece.